This is an ash sapling that self seeded in the garden 3 or 4 years ago.  It was put in a  flower pot and then has been largely ignored since then but recently I had a closer look and I actually really like it as potential bonsai material.  In fact, next spring I may just give it  a root prune and plonk it straight into a bonsai pot. 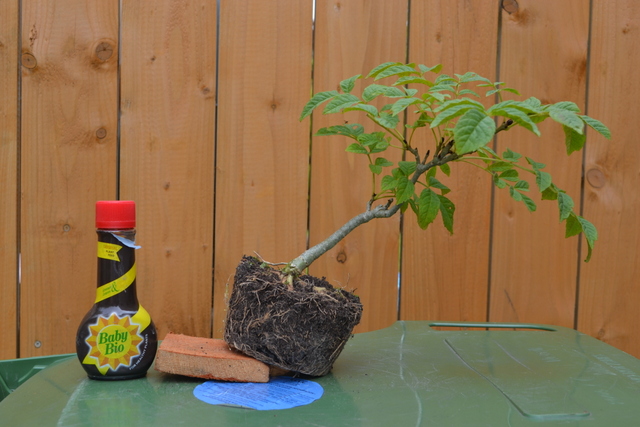 The trunk has some movement, internodes are pretty short and there’s promising nebari.  It’ll be something a bit different but after some surgery, it could be nice as a shohin bonsai tree.