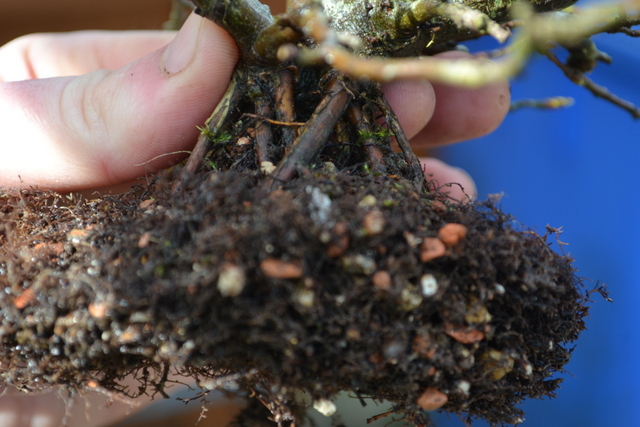 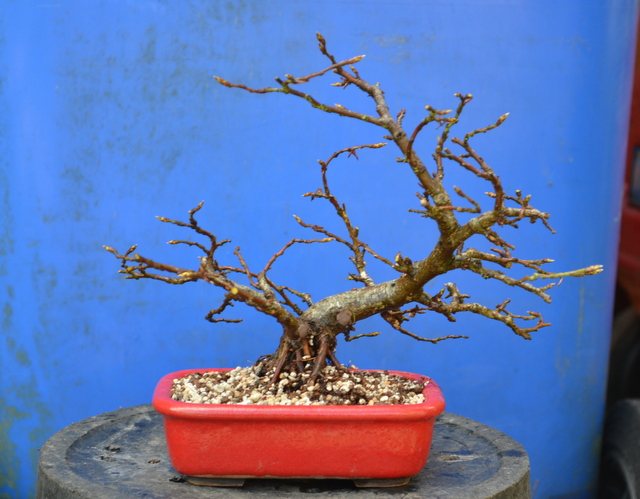 Performed this around a month ago and it’s respondng well so far. 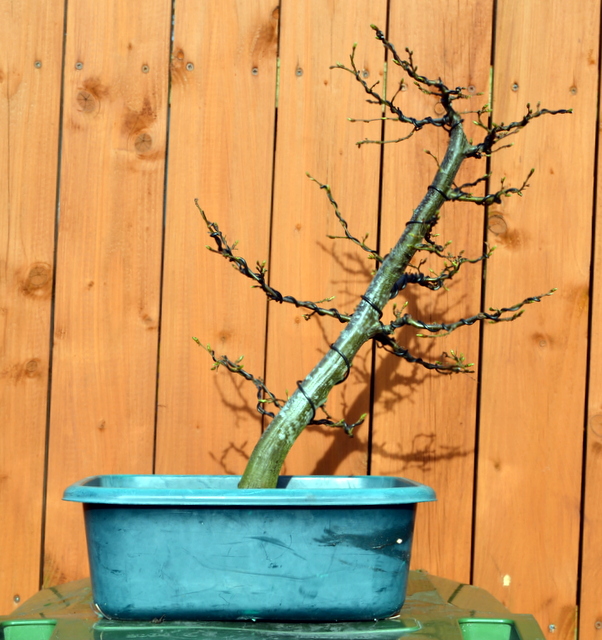 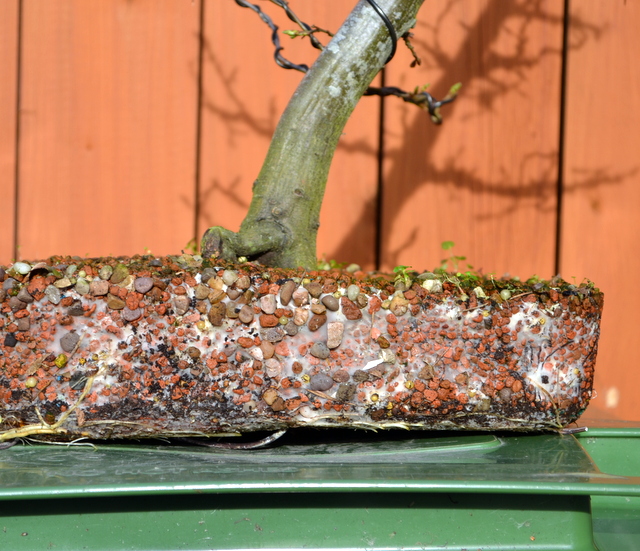 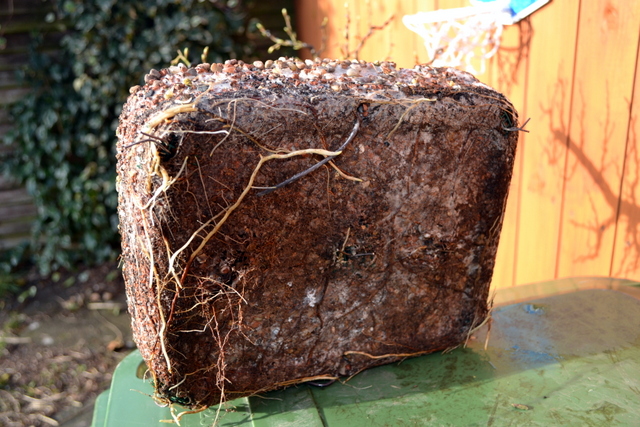 Into a deep training pot for the next stage – building ramification. 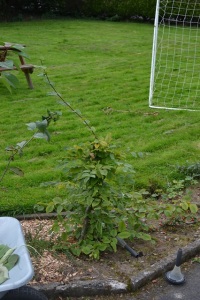 The above hornbeam (pics from last summer and recent winter) has been fattening up in the ground for four years now.  Time to lift and put something prettier in the front garden instead.

One thick root but otherwise not bad. 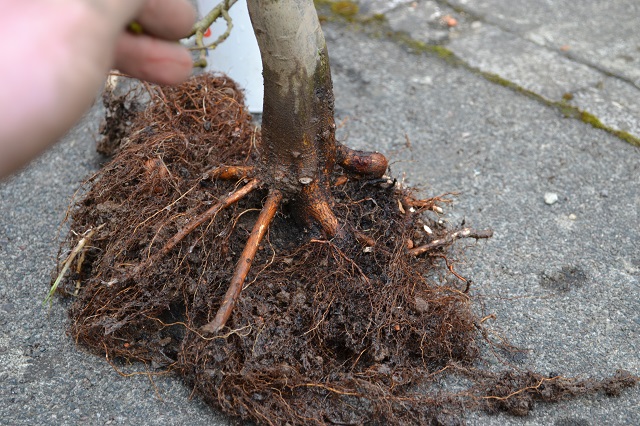 Reverse shows long straight roots. Scored and dusted with hormone rooting powder. Hopefully there will be something else to cut back to in a couple of years.

Trunk had good gentle taper but too tall.  Trunk pretty straight in the photo but actually has several changes of direction.

Cut back to a forward facing branch. Maybe lower still? Not right now. 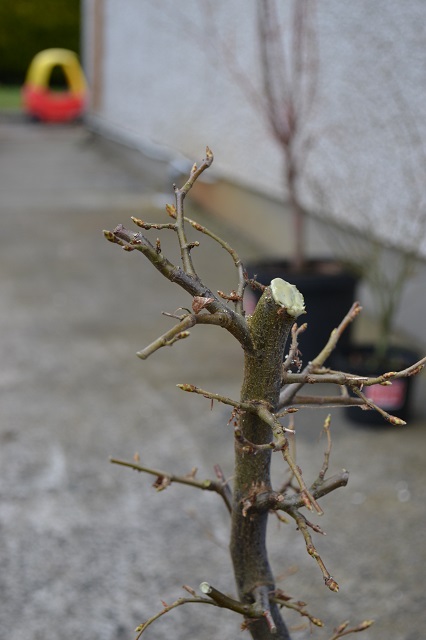 Lowest right hand branch cut back and a new leader loosely tied into a better position. I’ll chop the original thicker branch later in the year. This was my sacrifice branch originally but a lower one has since grown at the back of the tree and will now take over that role.

Nebari.  Base of the trunk is approx. 6cm.