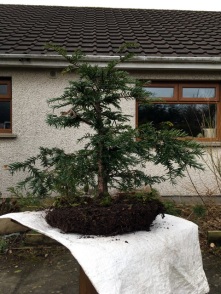 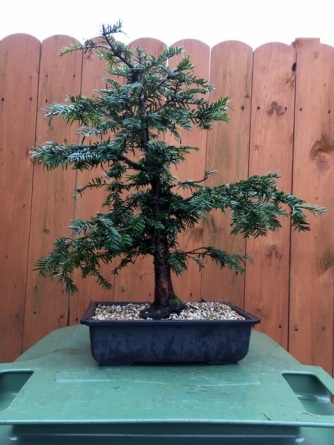 I finally got round to looking at this sickly cheap yew mentioned here recently.

Of course it was rootbound! 😉

A lot of these critters found – vine weevil larvae I assume?

One side rootbase and nebari 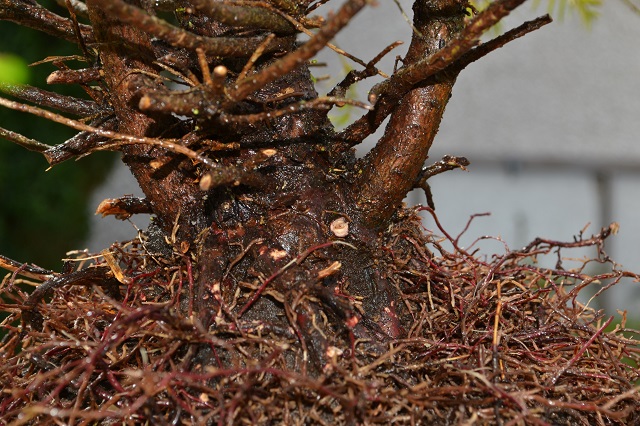 Best side for the front. 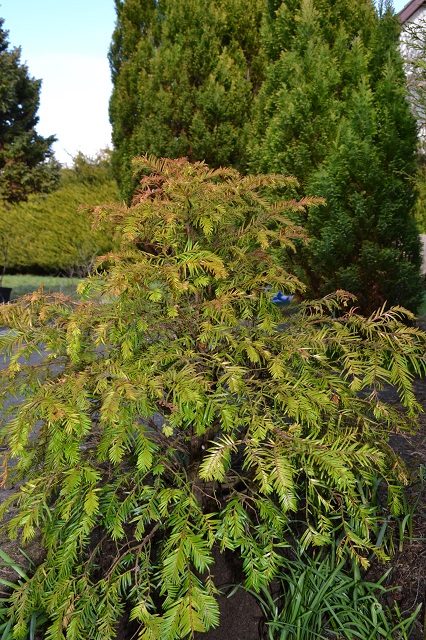 All dead growth removed and a lot more light gets in.

Most of the foliage removed from the bottom quarter. You can see the trunks now.  A twin trunk possibility in future?

After trimming of the thickest/longest roots, it has a new home for at least a year until vigour returns. Fingers crossed. 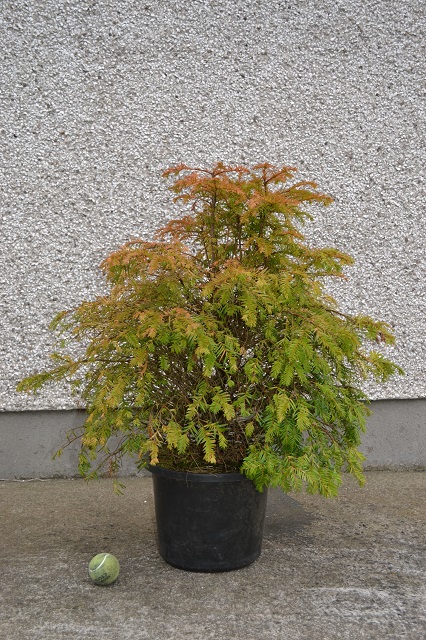 Either this was a bargain or else I’m sure some folk may think it was overpriced for what appears to be a sickly shrub.  I was out with my family at a garden centre celebrating some Easter activities but as always I was also on the lookout for anything unusual/cheap that could be used for bonsai purposes.  This 80cm tall tree was the only one of its kind in a corner of a display bed and disguised behind some magnolias.  No information on it at all just a small sticker saying ‘special offer £9.99’.  Now, material like this would usually cost 5-10 times as much depending on where you can find it.  I’ve rarely come across Yews for sale at this size and definitely not this cheap!  The discoloured foliage appears to the only reason for its low price – no apparent signs of fungal/pest problems and when I upturned the pot, there were no roots protruding.  Couldn’t pass it up!

Relatively healthy foliage on one side that was facing outwards, receiving more light.

Discoloured and sparser foliage on the other side that was facing the back of the display and perhaps has not received adequate light for a long time? 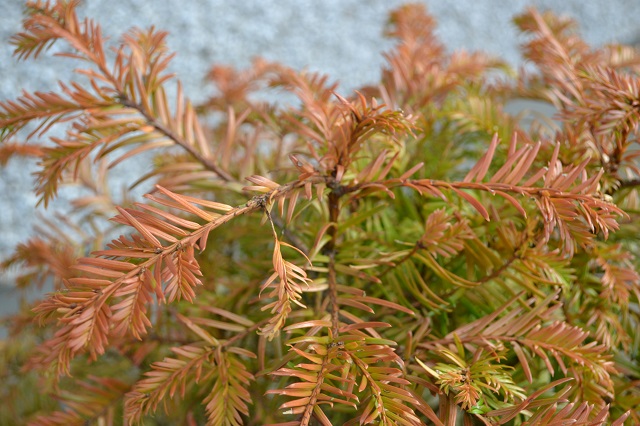 I have a healthy yew growing the garden already and am used to some discoloration over the colder months so I am not too concerned about the lack of health at the moment.  Maybe I’ll know better when I inspect the roots shortly.

It’s difficult to see clearly but there are three main trunks that are pretty straight.  One is considerably thicker than the other two.  Not much foliage in the interior so this is definitely a long term project that will involve a lot of regrowing.  If it turns out to be a minger of a tree, at least it’ll be material that I can practise deadwood and wiring techniques on.  To start with though, tomorrow, I’ll inspect the roots, improve the drainage and thin out dead branches.  If I do no work on the roots, I’ll feed it immediately.  Either way I’ll shelter it from the wind for a while yet and make sure there’s enough sunlight and water to help it recover.

If anyone has any advice or suggestions, It would be great to hear from you.